Energy and progress have been inseparable throughout the history of civilization. Progress has been possible at different times in history when quality institutions have thrived in a context of open trade in which science has shown the way to the future. This progress has been accompanied by an often-overlooked factor that has moderated or amplified these expansive waves: the availability and cost of energy.

Major economic and social turning points in the history of civilization have been marked by energy sources. It happened with the domestication of fire the harnessing of wind and water as well as the use of the use of solar energy. More recently, natural gas and nuclear fission have played their part.

Energy has therefore been a real driver of progress. And this increased progress has also involved greater energy consumption. Such economic growth tied to greater energy consumption has made it possible for millions of people to enjoy increased well-being in recent decades. At the same time, this massive use of energy has generated negative environmental and sometimes social externalities. About 80% of greenhouse gas emissions are caused by the consumption of fossil fuels. This represents approximately 80% of the total primary energy consumed by humanity. Through steady, long-term demand, the use of these fuels has altered the composition of our atmosphere and oceans.

The current energy transition toward a decarbonized society is an unprecedented challenge. Previous transitions tended to run their own course, but this one is different in that it has been forced on us and must take place very quickly because ambitious climate change mitigation goals have been set to deal with such a major challenge. In fact, it is the first transition not driven entirely by technology, resources
or the economy.

The most important factor now is the quality of the decisions we make. The current energy transition calls for the involvement of governments and regulators, private companies, investors, consumers and society as a whole. It must be approached from many different perspectives.
The transition agenda must be pushed without hindering the essential process of reducing world poverty, which has created the largest middle class in history (it has more than doubled in size since 2000 and now represents 45% of the population).

At the upcoming 16th Energy Industry Meeting, we will discuss these topics while placing special emphasis on some of the factors that will help ensure effective energy transition. We will take a close look at disruption in business models, technology and geopolitics in terms of the energy and environmental scenarios of the year 2030 and the role of all stakeholders in this global challenge. 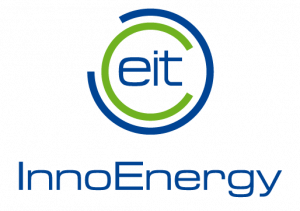 Coorganizer of the Meeting and Partner, Deloitte

The fees for the 16 Energy Industry Meeting are:

Fee includes lunch.
Payment must be made prior to program attendance.
Places are limited and registrations are processed in strict order of receipt.

2017 – Reflectations on the Paris Agreement, the Energy Transition and Mitigation Policies 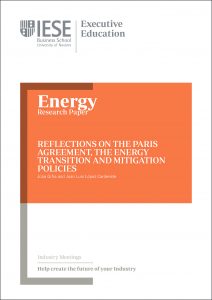 2018 · Game changers in the Global Energy System
2017 · Energy Architecture in Transition
2016 · Human Well-being, Growth and Energy Access: New Governance for a Unique Challenge
2015 · The Future of Energy: Who Calls the Shots?
2014 · Quo Vadis, Europe? Shedding Light on an Energy Policy beyond the Electrical Sector Reform
2013 · A New Energy Policy as a Global Paradigm Shift Emerges
2011 · The Impact of the Energy Policy on the Sector’s Competitiveness
2009 · A Debate on the Spanish Energy Sector
2004 · Energy Liberalization and Consolidation in Europe
2002 · A Shift Towards the Convergence of Energy Markets
2000 · Mergers and Strategic Alliances: The Creation and Conquest of the Future